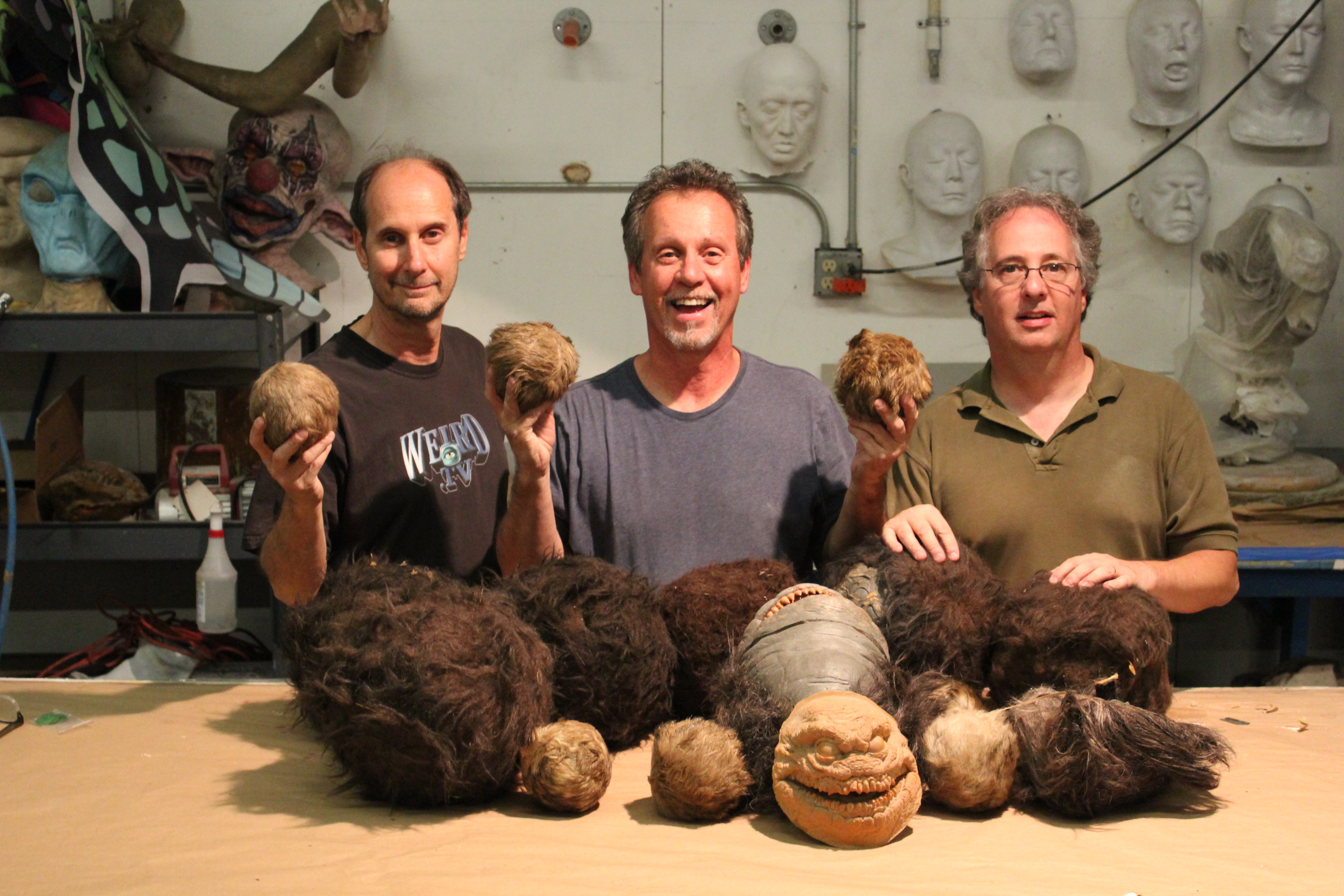 Charles Chiodo- Production Designer – Charles’s professional career began soon after he graduated Pratt Institute in 1974.With a freelance career in its infancy, Charles landed a full time position as a graphic artist for ABC Eyewitness News in New York.

Charles left ABC after four years to work in the Washington DC area as production designer of the clay animated feature, “I GO POGO” based on the Walt Kelly characters. He got to work with Selby Kelly and with a crew of young artists and student animators completed the 86-minute feature in a little over a year.

After Pogo, Charles and his brother Stephen headed to Hollywood to make more movies. He developed his illustration and fabrication skills on several low budget monster movies as well as Shelley Duvall’s Faerytale Theatre. During that association Charles designed many wonderful props, puppets, set pieces and miniatures for various directors including Tim Burton and Francis Ford Coppola.

Charles storyboarded action scenes for numerous film projects including “The Lost Boys.”  As a designer he has created creatures large and small, from giant radioactive mutant rats to the man eating rolling fur ball “Critters.”  He even designed 25 foot tall In’ Sync marionettes for the American Music Awards.

Charles has kept busy through the years as production designer on the bros. award winning After School Special, “Cousin Kevin,” and their. first feature, the now cult classic, “Killer Klowns from Outer Space.”

When Syd and Marty Krofft revisited “The Land of the Lost,” Charles designed and art directed the FX, including Stink, the monkey boy, Sleestacks, dinosaurs, and even a green lava volcano. For the bros. CBS Saturday morning series, “The Amazing Live Sea Monkeys,” Charles conceptualized and boarded the character’s wacky world and antics and art directed the colorful “live action cartoon” look.

Saban brought the Ninja Turtles back with the help of Charles’s design and art direction and when Ernest needed to be Scared Stupid, Charles transformed the director’s concept sketches into reality.

When John Favreau needed a whimsical stop-motion opening title sequence for “ELF.”  Charles designed the sequence and set pieces as well as art directing the North Pole critters and snowman.

Now Charles keeps busy developing new Chiodo Bros. properties and characters for shows, features and merchandising. A series of new and exciting illustrated books is also in the works. All this by doing the same things he’s been doing since he was a kid.